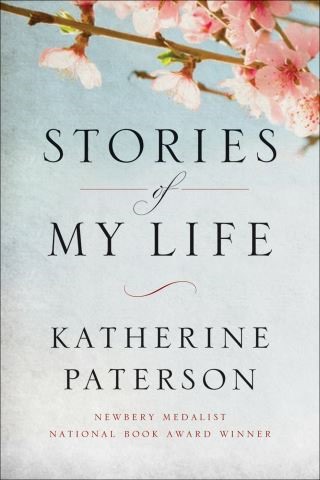 Stories of My Life

The beloved author of Bridge to Terabithia and other classics of children’s literature reveals the fascinating personal stories that have shaped her creative life.

For nearly fifty years, Katherine Paterson’s stories have captured readers young and old. From Bridge to Terabithia’s Leslie Burke to the unforgettable Gilly Hopkins to countless others, her characters are woven into the memories of several generations. Paterson’s writing has always explored the rich emotional landscape of childhood, for she has never forgotten how she felt as a child herself.

The writer she became grew from her own fascinating life, told here in a collection of stories that reach from earlier generations of her family to the present day. Born in China to Presbyterian missionary parents from the American South, her young adulthood led her to Japan and then back to the East Coast, where she began to raise her family and put stories on paper. Each of these experiences influenced the books that were to come. Through Paterson’s memories, we learn the origins of her characters and storylines and share in her unexpected literary acclaim. We see the intimate moments of family, creativity, and faith that come together for a life well lived.

With snapshots from her family albums and introductory remarks from fellow writers Kate DiCamillo and Nancy Price Graff, this is more than a behind-the-scenes look at favorite children’s books. It’s the story of a life infused with humor, joy, and gratitude; inspiring new stories embraced by readers everywhere.

Katherine Paterson is the beloved author of many books for young readers, including Bridge to Terabithia, The Great Gilly Hopkins, Jacob Have I Loved, The Master Puppeteer, and the Christmas books A Stubborn Sweetness and The Night of His Birth. She has been honored with nearly every major award for children’s literature, including the Newbery Medal, a Newbery Honor, the National Book Award, the Laura Ingalls Wilder Award, the Astrid Lindgren Memorial Award, the Hans Christian Andersen Medal, and more than one hundred other awards and honors. She was named a Living Legend by the Library of Congress in 2000 and served as the U.S. National Ambassador for Young People’s Literature in 2010-2011. Katherine Paterson lives in Vermont.