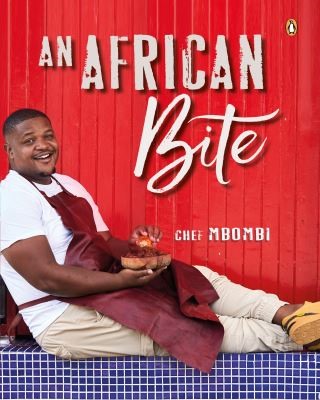 An African Bite celebrates the simplicity and authenticity of African food for a contemporary cook. Chef Mbombi has a deep connection to his culture, yet he is also a modern man living an urban lifestyle. Recognising that if we don’t keep cooking ‘heritage’ dishes, there is a risk of them being lost forever, he set out to create a cookbook that celebrates the food he was raised on. Traditionally, cooking skills were passed from mother to daughter and there were no written recipes or YouTube videos to refer to. Nowadays, social media can overwhelm us with too many choices and it is hard to know who to trust. An African Bite is Chef Mbombi’s tribute to the women who taught him to cook – from his mother and grandmother to the high-school economics teacher who made him realise he could turn his passion into a career. His uncomplicated, straightforward recipes will encourage even hesitant cooks to attempt dishes like curried tripe, chicken gizzards, goat meat stew, amathambo (meaty beef bones) umleqwa, shisanyama, vegetable sides like imifino (leafy greens) and muboora (pumpkin leaves), and traditional drinks like umqombothi and amahewu.

Chef Mbombi: Daniel Mbonani Mbombi learnt to cook at high school before honing his skills at HTA Culinary School, from where he graduated in 2013 with a diploma in culinary arts. After a few years of corporate cheffing, he made the decision to start his own business, only to find his plans disrupted in March 2020, when the world went into Covid lockdown. However, his flair for innovation and creativity came to the rescue and he soon began making cooking demos for social media, taking on private catering jobs, and exploring recipe development for corporate clients. Chef Mbombi is deeply connected to the cultural and culinary traditions of his Xitsonga and Zulu ancestry. His cooking also honours the legacy of his grandmother, with whom he spent many happy hours in the kitchen as a youngster. He dreams of travelling throughout Africa, savouring the flavours of the continent and bringing them back to his kitchen to continue forging his unique brand of African cuisine.