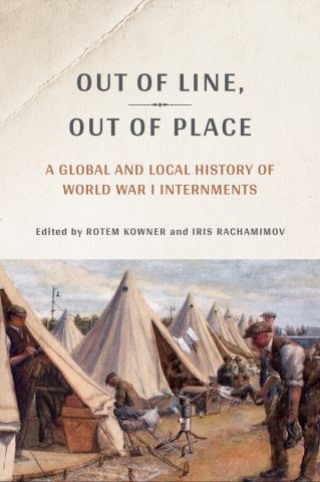 Out of Line, Out of Place

A Global and Local History of World War I Internments

With expert scholars and great sensitivity, Out of Line, Out of Place illuminates and analyzes how the proliferation of internment camps emerged as a biopolitical tool of governance. Although the internment camp developed as a technology of containment, control, and punishment in the latter part of the nineteenth century mainly in colonial settings, it became universal and global during the Great War.

Mass internment has long been recognized as a defining experience of World War II, but it was a fundamental experience of World War I as well. More than eight million soldiers became prisoners of war, more than a million civilians became internees, and several millions more were displaced from their homes, with many placed in securitized refugee camps. For the first time, Out of Line, Out of Place brings these different camps together in conversation. Rotem Kowner and Iris Rachamimov emphasize that although there were differences among camps and varied logic of internment in individual countries, there were also striking similarities in how camps operated during the Great War.