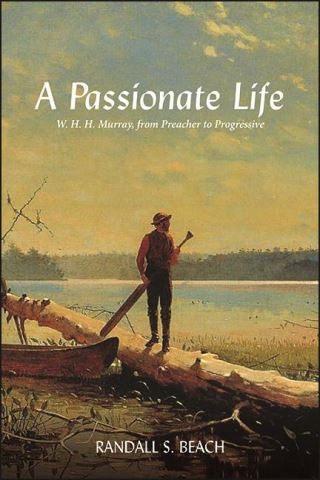 One hundred fifty years ago, the Adirondack Mountains were overrun. Thousands of middle-class urbanites from Boston and New York City abandoned the comfort of their homes and rushed into the unknown, northern wilderness, believing they would find great restorative and even curative powers. These would-be adventurers were informed by one man, William Henry Harrison Murray, a preacher from Boston. A Passionate Life is the first comprehensive biography of Murray, a man who has been described as the father of the American outdoor movement and the modern vacation. While he is best known for his promotion of the Adirondacks in the late nineteenth century, Murray was a complex character who was driven to promote his many passions. From the 1860s until his early twentieth-century death, Murray was a famous preacher, popular writer and lecturer, an equine enthusiast, patent owner, publisher, businessman, lumberman, temperance advocate, free lover, women's rights advocate and advocate for educational reform. In many ways, Murray's passions followed the progressive movements within nineteenth-century America and attempted to address questions still relevant to today's society.

Randall S. Beach: Randall S. Beach, the great-great-grandson of Murray, is an attorney with the law firm of Whiteman Osterman and Hanna LLP, in Albany, New York.