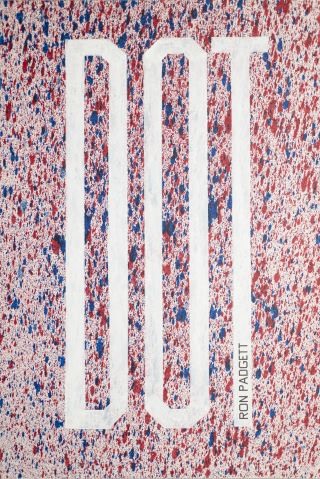 In this new poetry collection, Pulitzer Prize finalist Ron Padgett illuminates the wonders inside things that don’t even exist—and then they do.

In Dot, Ron Padgett returns with more of the playfully profound work that has endeared him to generations of readers. Guided by curiosity and built on wit, generosity of spirit, and lucid observation, Dot shows how any experience, no matter how mundane, can lead to a poem that flares like gentle fireworks in the night sky of the reader’s mind.

Ron Padgett’s How Long was a Pulitzer Prize finalist in poetry, and his Collected Poems won the LA Times Prize for the best poetry book of 2014 and the William Carlos Williams Award from the Poetry Society of America (PSA). He has also received the Shelley Memorial Award and the Frost medal from the PSA. His translations include Zone: Selected Poems of Guillaume Apollinaire and Blaise Cendrars’s Complete Poems. Seven of his poems were used in Jim Jarmusch’s film Paterson. New York City has been his home base since 1960.