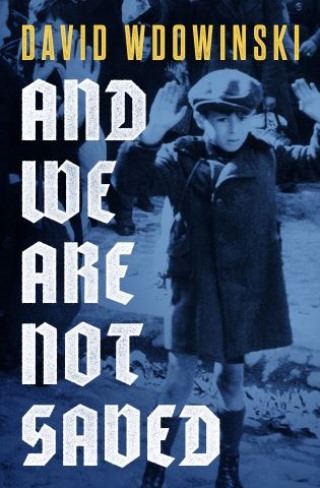 And We Are Not Saved

This WWII memoir recounts a Jewish man’s harrowing and heroic journey from Nazi-occupied Poland to standing witness at the trial of Adolph Eichmann.

A brave defender of the Jewish community since his student days, Dr. David Wdowinski became a leader of the Zionist movement in Poland and head of the Zionist Revisionist Party. He saw the troubling rise of antisemitism and advocated for Jewish immigration to the Homeland. But when Germany invaded Poland in 1939, Wdowinski and his wife were still in Warsaw.

In this eloquent memoir, Wdowinski recounts his part in the Warsaw Ghetto Uprising of 1943. He speaks frankly of his capture and the horrors he endured in the concentration camps, as well as his efforts to raise the spirits of his comrades in their most trying hour. His struggle continued after liberation, as he applied himself once again to the Zionist movement in Italy, France, and elsewhere.

In 1961, he was summoned by the Israeli government to testify at the trial of Adolph Eichmann. Delivering his testimony in flawless Hebrew, he demonstrated how the Nazi crimes against humanity were the result of centuries of psychological conditioning.

David Wdowinski was born in 1895 in Będzin, Poland. He was a psychiatrist and in the Second Polish Republic until the 1939 invasion of Poland by Nazi Germany. After the invasion, Wdowinski became a political leader of the Jewish resistance organization called Żydowski Związek Wojskowy (Jewish Military Union, ŻZW) active before and during the Warsaw Ghetto uprising.