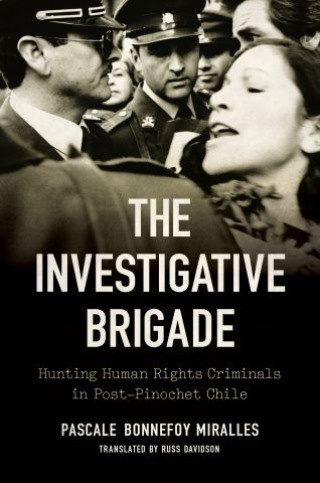 During the seventeen-year Pinochet dictatorship, more than three thousand Chileans were murdered or disappeared without a trace. In 1991, a year after the brutal military regime ended, the new civilian government tasked the nation's detective force to investigate these crimes. Chilean journalist Pascale Bonnefoy tells the dramatic story of the detectives who hunted down and attempted to bring human rights violators to account. Led by a tiny group called Department V, the effort took place in the context of a frail transition to democracy and while the force itself was undergoing profound reforms. With Pinochet still in charge of the army, a center-left government tested how far it could go to bring criminals to justice without risking military backlash.

To uncover this story, Bonnefoy gained the trust of detectives assigned to the cases and drew on their direct testimony. She excavated investigative files, witness testimony, and previously secret documents that helped her chronicle the dedicated brigade's dangerous mission. While substantial justice and institutional change took another decade to kick in, the detectives' work made it possible. Still unfolding, the post-Pinochet example is admired by many working for transitional justice around the globe.