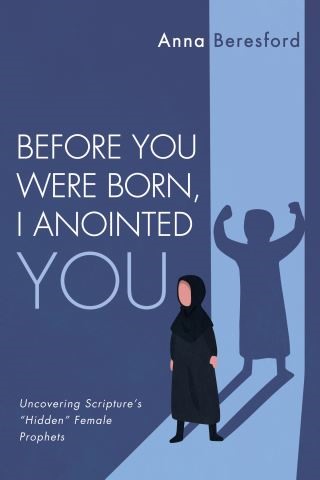 Before You Were Born, I Anointed You

Prophetic ministry in the Bible has long been perceived as the exclusive domain of individuals who were powerful, authoritative, argumentative, and, almost always, male. This impression cannot be sustained. In a logical and engaging way, Anna Beresford convincingly shows us that female characters throughout the biblical story are not merely peripheral actors but are often the ones who proclaim God's prophetic word with disturbing clarity. Beginning with the few women acknowledged as prophets in the Hebrew scriptural tradition, Beresford proceeds to uncover a surprising host of "hidden" female prophets. Among this cast we meet the widow whose last penny is consumed by organized religion; the gate crasher who teaches a pious Pharisee stern lessons in hospitality; a woman who has the last word in a theological debate. A woman used to trap Jesus proclaims truth to power, and a feisty foreign lady cleverly proves that God's love is for all of us, regardless of gender or ethnicity. This book is a compelling reminder that God speaks to all people--women and men--and calls on us to share the message "whether it is convenient or not" (2 Tim 4:2 NET).

Anna Beresford: Anna Beresford works as a chaplain in a psychiatric hospital in Sydney, Australia. She has authored journal articles including “Feathers, Fins and Fur: The Significance of the Animals in the Book of Tobit,” and “Whose Wife Will She Be? A Feminist Interpretation of Luke 20:27–38.”