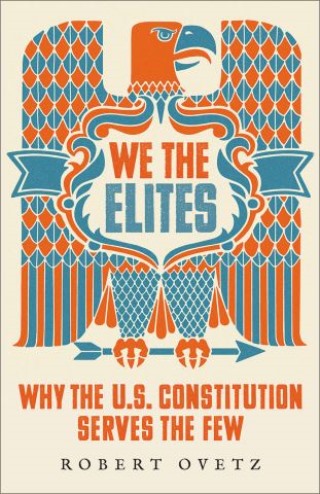 Why the US Constitution Serves the Few

Written by 55 of the richest white men of early America, and signed by only 39 of them, the constitution is the sacred text of American nationalism. Popular perceptions of it are mired in idolatry, myth and misinformation - many Americans have opinions on the constitution but have no idea what’s in it.

This book exposes the constitution for what it is – a rulebook to protect capitalism for the elites. The misplaced faith of social movements in the constitution as a framework for achieving justice actually obstructs social change - incessant lengthy election cycles, staggered terms and legislative sessions have kept those movements trapped in a redundant loop. This stymies progress on issues like labour rights, public health and climate change, projecting the American people and rest of the world towards destruction.

Robert Ovetz’s reading of the constitution shows that the system isn’t broken. Far from it. It works as it was designed to do.

Robert Ovetz is a Lecturer in Political Science at San José State University, US. He is the author of When Workers Shot Back: Class Conflict from 1877 to 1921 and the editor of Workers' Inquiry and Global Class Struggle.