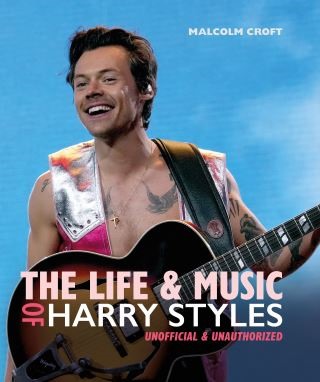 The Life and Music of Harry Styles

The Life and Music of Harry Styles is written in an enthusiastic tone and fan-focused style, richly illustrated with photographs of the heartthrob and charts the evolution of Styles's career – from his discovery on the X Factor to his rise to a global super star and the next step: conquering the world as a solo artist and actor in 2017's Dunkirk, 2021's Eternals and landing the starring role in 2022's Don't Worry Darling.

Having been a leading member of One Direction – possibly the most successful boyband of this century – Harry Styles has embarked on his solo career, not only managing to escape that shadow, but has thrived and become equally successful on his own. Harry Styles debuted at Number One all over the world, and his legions of fans were ecstatic with the first solo offering from the pop phenomenon.

Malcolm Croft: Malcolm Croft is an author and music journalist. He has worked with many of the world's most important bands, including the Flaming Lips, Coldplay, The Verve and many others. He is the author of over 15 books on popular culture and music. Malcolm lives in Bath.